What's on your mind?

I have all minis and 4 heroes (shield maiden, barbarian king, wave master and countess). Currently i use countess.

If an enemy kills a skeleton (which is made by the witches super) does it charge their super?

Ex) A valk kills a skeleton does it charge their super?

Especially considering Supercell's ability to make great trailers this one was so disappointing. Only the skins changed! What do you think? 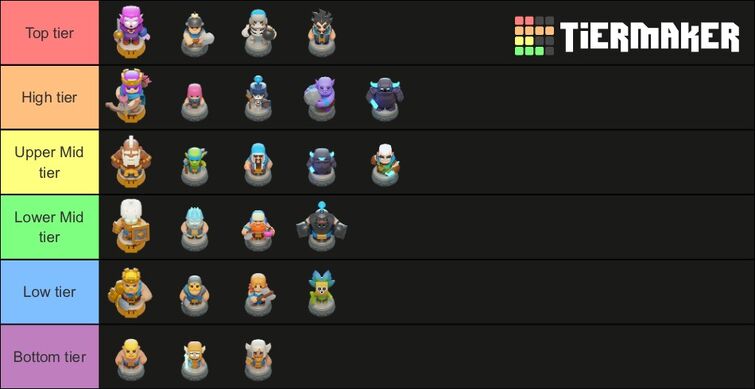 I was reading Keywords and saw that ignite was there. Wasn't ignite a wizard ability and not a keyword? Just asking

If u havent seen the smol talk yet: https://www.youtube.com/watch?v=6FctelYf6q4 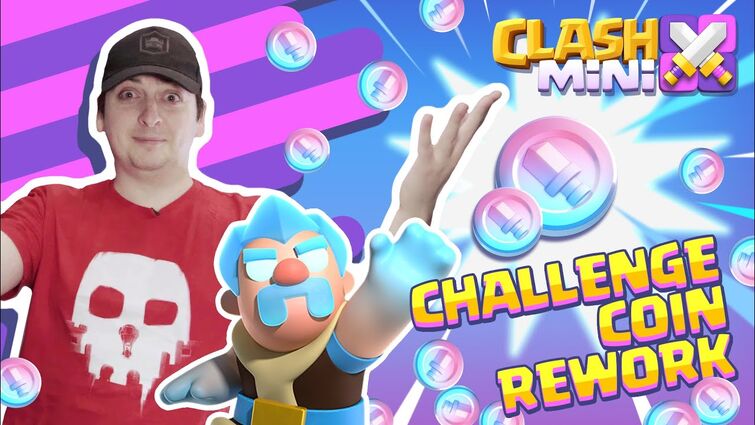 Much of this is forcing a prediction from your opponent-forcing your opponent to react certain ways so you can react. Remember, all cards you play will stay throughout the game, so every card and star you put down they can defend. This explains card roles in relation to forcing an enemy response you can predict, reducing the uncertainty on your part and tricking your opponent.

Choosing card roles- once you open your troop chest in a match, decide which troop is best used for that category BASED ON WHAT HAS BEEN PLAYED. Your deck should be extremely versatile.

This card is what you play first, your anchor, your hero. Based off the hero, your enemy will in the next round play something based off your hero to counteract it, as well as countering common synergies. You can have your hero be a dummy card with no synergies and use it simply to force an incorrect prediction. For example, if you use an Archer Queen with a tanky unit, they presume your Archer Queen deck has a lot of tanks, and they will respond with tank killers in the middle, while you use your high-damaging units in the middle to mow him down because you forced his prediction and played off of it.

This card is the card kept on the field the longest, and typically the strongest card option you had in your chest. This is the second card played and used in combination with your anchor to force predictions by creating false synergies, or simply a strong card you can upgrade throughout the match.

Just there to either support your troops or used after you force a prediction from your opponent and play it. Use Stars if that is the best response, or troops. Always remember when playing that every card you put down or upgrade, they can predict.

This card is best played towards the end of the match. This is your ultimate defense- after figuring out his deck, use the best counter for his strategy NEAR THE END. The third round is the minimum deployment time. Your second round should rely only on your prediction forced troops. Because if you deploy your defense then, you have a) one less round's worth of new information and b)they don't know your defense. You still have 2 cards left they don't know about, can only speculate. This card is usually a stronger, multi-purpose card, a jackknife. This is used to prepare for their unknown cards.

Most important card. Saved for last. They cannot predict this card, and cannot defend against it. Typically the least synergetic card of the deck. If it is the last card, it usually can be upgraded many times in one round, and therefore is very powerful when it is used. Typically the card with the most damage given.

This is the card that fufills a special role you make. The other 5 are essential, but this card can have any role you desire for your deck. Just always remember: Anything you do in one round they know how to counter in the next.

In the stats tab for minis and heroes, I feel like for the attack speed, it should be "hitspeed in seconds", not "hits per second". What do you think? 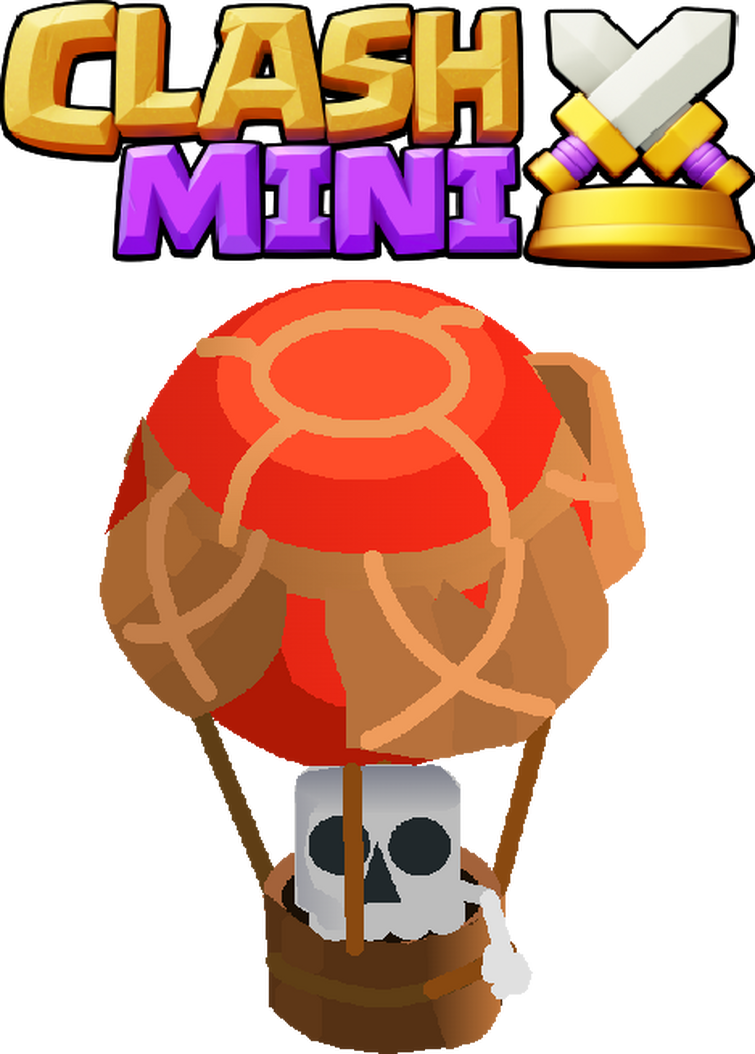 Slow troop, to attack goes on top of unit. Acts as ground unit,

Attack: Throws bomb on ground every 4 seconds, at enemy, causing the nearby 9 tiles to receive a quarter damage.

Star 3-Death bomb has a 9 tile radius and slows down enemies affected attack speed by 0.2% for 5 seconds.

When I say "shards", I mean the items used to upgrade heroes. I don't know what they are called. I want to get a lot for the Countess, without spending gems or money, so give me tips! Thanks :)

Does anyone know when Clash Mini will be released in the USA?

Hello, I see that you have not yet put the background and logo on the wiki, so I am sharing two photos to put them as the wiki's logo (already edited and resized) and Background Image.